It’s often the little things. Heritage projects require a high attention to detail and superb craftsmanship to meet the approval of clients who love their heritage buildings and wish to see them whole again. We share their passion. 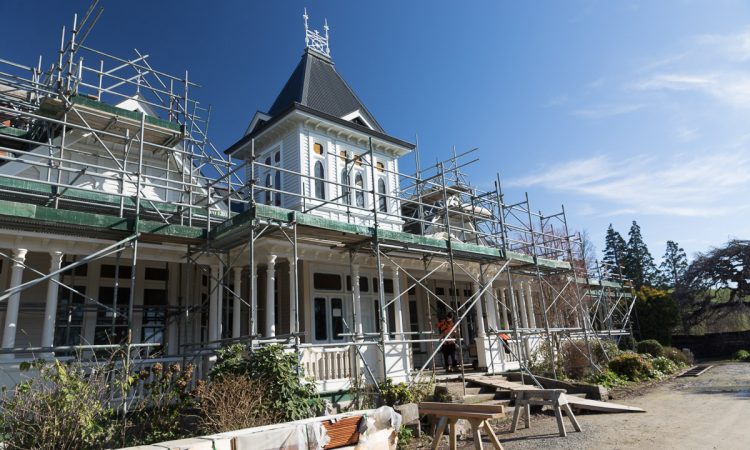 The Rutherford name is synonymous with Canterbury. Their turn of the nineteenth century family homestead is a grand vision in the foothills of Waiau, North Canterbury. At 800 sqm it is also one of the largest stately homes in the southern hemisphere.

Badly damaged in the Kaikoura earthquake, AJ Scott was engaged to return the house to its former glory. The sheer scale of the project was a good challenge for the team. Over 18 months of work went into re-instating the timber framed home. The team worked within the 12 foot stud height, restoring three piece rimu skirting boards, ornate picture rails and finding wallpaper in keeping with the era, engaging heritage experts as needed.

In addition, the team pulled the remainder of the still standing chimneys down and reconstructed lightweight replicas. Lather and plaster walls were strengthened, insulated and replaced with gib, although the difference is unnoticeable.

The end result is a homestead for the next century.